The new version 4.5 of Folder Marker is ready for your download! Ability to use JPG/PNG as folder icons, increasing the speed of working with folders, updated appearance, and fixed bugs. Plus, special offer at the end of the article…

WHAT’S NEW IN THIS VERSION

During the survey that we conducted, several people wrote that they had to leave the computer at night to apply all the folders, so we decided to double-check the algorithm. We found a place that we can remake quite successfully. As a result, leaving the computer at night –  is in the past. Thank you for the feedback, guys.

In total, 91 fixes were made to the program of varying complexity in this version.

WHY IS IT WORTH UPDATING? 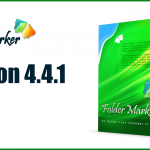 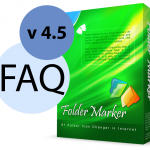 FAQ about Upgrading to Version 4.5